Accentuated by performances and movies, the group exhibition DISPLAY. Staging Identities shows contemporary artistic positions which all focus on the topic of drag. Drag refers to an exaggerated form of gender representation, often represented through the appearance in the attire of the opposite gender. Every drag performer usually takes on a character or creates their own fixed identity. All forms of drag share the subversion of conventional gender definitions and increasingly deal with the blurring and reinforcing of non-binary or even gender-neutral roles.

The four artistic positions Johannes Paul Raether (*1977 in Heidelberg, lives in Berlin), Victoria Sin (*1991 in Toronto CA, lives in London), Mikołaj Sobczak (*1989 in Posen PL, lives in Münster) und Philipp Timischl (*1989 in Graz, lives in Paris) show that drag can do more than question conventional gender definitions. They utilise drag as a tool for self-empowerment, as a means of reinventing an identity time and time again as well as questioning and overcoming social class, (hetero)normative concepts and existing historical narratives. Drag appears as an antidote against homogeneity and the appropriation of individual bodies by society. It is simultaneously an opportunity and a plea for insight, self-awareness and positioning, a token of solidarity which highlights the significance of queer lifestyles. Drag exposes reality as a negotiable concept, points to its potential and therefore forms a counter concept to liberate our current society. . 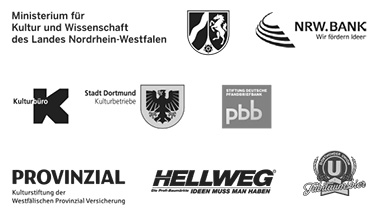