Though the eyes of an artificial intelligence, we observe fragments of millennia-old glacial ice, stones with mosses and lichens. "cryptobiosis - deep sleep for eternity" the AI sings dreamily as it drifts around with us in its 3D scans of the deserted environments, scanning piece after piece of the rugged landscape. As part of the series pawaaraibuu - filling the vacuum, the two works Drone C24b and Scout C255 tell of life in post-human environments and symbiotic connections between nature and technology in which human inscriptions are archived like relics of a bygone era. It becomes clear: Humans are not the center of this narrative, but are connected to it in a way that can be physically experienced.

Jana Kerima Stolzer (*1989 in Kandel, lives in Dortmund) studied at the Folkwang University of the Arts and at the Münster Art Academy with Aeronaut Mik. Lex Rütten (*1989 in Mönchengladbach, lives in Dortmund) studied at the Kunstakademie Münster and the Kunstakademie Düsseldorf with Dominique Gonzalez- Foerster. Their joint works have been shown in numerous group and solo exhibitions such as most recently at Hartware MedienKunstVerein (2021). Among others, they were fellows of the Academy for Theater and Digitality (2020-21). 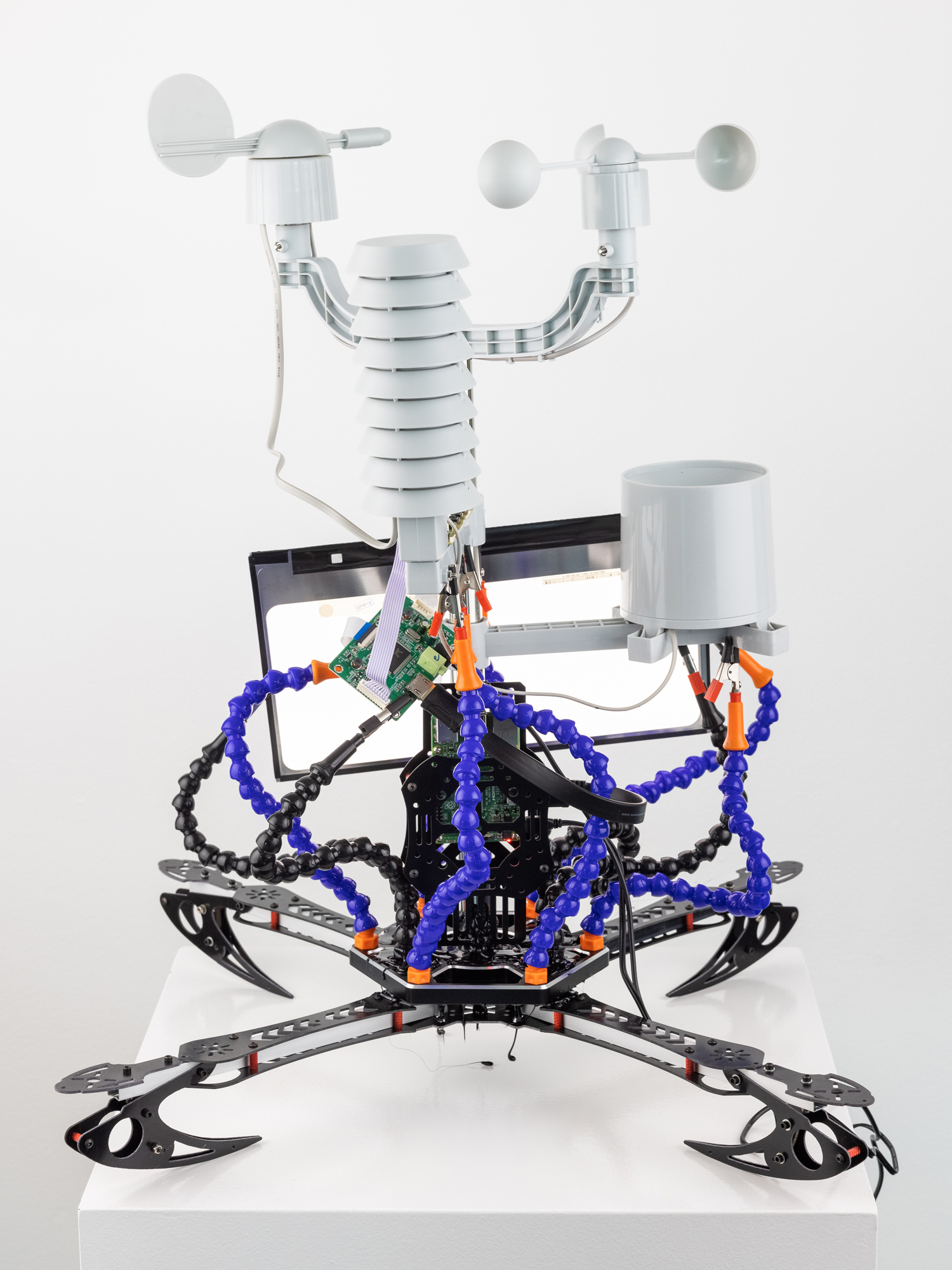